What Do Seventh-day Adventists Eat?

There’s some buzz that Adventists in Loma Linda California are one of the blue zones of the world (aka: they live longer) so one of the most frequently asked questions is “What Do Adventists Eat?”. As a whole, Adventists typically follow a vegetarian or vegan diet. Each member eats a little differently and their food choices may consist of fruits, vegetables, whole grains, legumes, dairy products, and healthy fats such as olive oil. Most Seventh-day Adventists (SDA) try to stay away from processed foods, sugar, sugar substitutes, and food additives.

Adventists also traditionally follow the eight health principles which may also be in part why they live longer as a community.

The eight health principles are as follows:

Why Are Adventists Primarily Vegetarians?

The “health message” runs in the blood of the Adventist church and has been around nearly as long as the church itself. Ellen White, one of the founders of the Seventh-day Adventist Church had two visions in the 1860s showing her that followers of Christ should follow eight basic principles for a healthy lifestyle 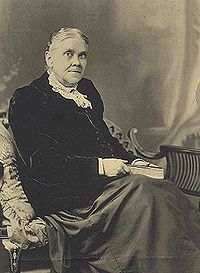 The second of the two visions resulted in the establishment of the Western Health Reform Institute devoted to health reform, health education and caring for the sick in a new way. Seventeen other SDA health institutes followed in the United States and nine were opened overseas. Today, Seventh-day Adventists continue to lead the way in health care with many healthcare and education facilities including Loma Linda University which is one of the top Universities for public health. They also continue to stand by vegetarianism and have been the subjects in many vegetarian studies which have continued to show that a vegetarian lifestyle can contribute to a longer and healthier life.

A Few Benefits of a Vegetarian Diet

The benefits of eating a vegetarian diet range from reducing water usage to preventing deforestation of rain forests to the prevention of diseases.

A preventative vegetarian diet can lower your risk of…

What Is The Seventh-day Adventist Diet Plan?

Seventh-day Adventist’s typically just follow a healthy vegetarian or vegan lifestyle.  So, there really isn’t much of a diet plan.  However there are several great programs you can use to learn if you’re interested in becoming a vegetarian or vegan.  In fact, I had a nutritionist put together a detox-type program and a weight loss lifestyle program for my readers that follow Adventist principles. You can learn more by clicking here.

Some SDA Members do eat clean meats including chicken, turkey, beef, fish, venison, lamb, and goat-among others. Unclean meats are seldom consumed by Seventh-day Adventists as members follow the health laws in Leviticus and Deuteronomy. The Adventist church as an organization however, promotes a vegetarian diet for optimal health.

Use Tobacco In Other Forms?

Adventists believe that unlike ceremonial or civil laws, the health laws of Deuteronomy and Leviticus are “natural laws” that are applicable for all ages and times. In other words, God told us not to eat particular foods for our own health and well-being, and we believe those foods are still unhealthy for us today.

Get Your Weight Loss Diet Plan Bundle with $5 OFF, Today ONLY!

We use cookies on our website to give you the most relevant experience by remembering your preferences and repeat visits. By clicking “Accept”, you consent to the use of ALL the cookies.
Do not sell my personal information.
Cookie settingsACCEPT
Manage consent

This website uses cookies to improve your experience while you navigate through the website. Out of these, the cookies that are categorized as necessary are stored on your browser as they are essential for the working of basic functionalities of the website. We also use third-party cookies that help us analyze and understand how you use this website. These cookies will be stored in your browser only with your consent. You also have the option to opt-out of these cookies. But opting out of some of these cookies may affect your browsing experience.
Necessary Always Enabled
Necessary cookies are absolutely essential for the website to function properly. These cookies ensure basic functionalities and security features of the website, anonymously.
Functional
Functional cookies help to perform certain functionalities like sharing the content of the website on social media platforms, collect feedbacks, and other third-party features.
Performance
Performance cookies are used to understand and analyze the key performance indexes of the website which helps in delivering a better user experience for the visitors.
Analytics
Analytical cookies are used to understand how visitors interact with the website. These cookies help provide information on metrics the number of visitors, bounce rate, traffic source, etc.
Advertisement
Advertisement cookies are used to provide visitors with relevant ads and marketing campaigns. These cookies track visitors across websites and collect information to provide customized ads.
Others
Other uncategorized cookies are those that are being analyzed and have not been classified into a category as yet.
SAVE & ACCEPT